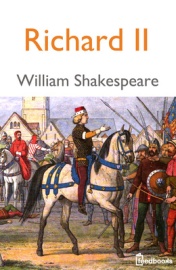 No, this isn’t the one they found under the car park a few weeks ago, this is the one that came before all the Henrys. If I’m being honest with this one, while I do love my serious Shakespearean tales, his histories are not really my thing. The large amounts of (real) characters, almost all of which are Dukes or nobility of some sort always leave me confused as to who is who and who is on whose side. And I’m sorry to say that I found Richard II to be no different. After being a little confused as to how the whole thing went down, however, I decided to watch the BBC’s film version of the play with Ben Whishaw (as a part of their “Hollow Crown” series), and it definitely helped me understand not only what happened, but also what exactly was being said. And in this way, like some of Shakespeare’s other works, I found Richard II to be much more suited to viewing than reading.

The story itself follows the youthful King Richard II in the last two years of his reign, before his cousin, Henry Bolingbroke, deposes him from his throne. The rebellion of Henry Bolingbroke stems from a banishment that both Henry and his father deem to be unfair and rash on the part of the King. Along the way, more and more people begin to turn on Richard as he is accused of wasting England’s money for the warring against rebels in Ireland. Richard finds his losses in allies to be disheartening, and is angered by the lack of respect he is receiving from both his family and noble peers. But to be honest, Richard is a bit of a drama-queen about it all, throwing hateful words about whenever he feels someone is not respecting his authority. In the end, tragedy does befall young Richard, though this can be seen as an inevitable end from the get-go, as those who show their flaws within serious Shakespearean works are often cleansed from the world.

What I find to be interesting within Richard II is the character changes throughout the course of the play. A simple statement from one side or another regarding the King or Bolingbroke can change loyalties in an instant. Words are the true weapons within this work, and the strict adherence to verse conveys the seriousness in every word spoken.

However, being that this is a historical work of Shakespeare’s, the usual, “he is a villainous character because I said he is,” or “she is angry because she is jealous” type of simplistic explanation as to a character’s motivations leaves me feeling like something is lacking. Usually it is okay to stray away from trying to understand characters within a context of psychological realism, but Richard, Henry, and all the other historical characters within the play were in fact real people. It is rumored now that Richard II may have had schizophrenia, leading to some of his rash and inconsistent actions within the last years of his life? But how exactly are we to know that for sure? In the play, Richard’s narcissistic tendencies are all too apparent, but are we to just say, “I understand that he acts this way because he is a narcissist” and have that be enough? This is why I personally have a bit of trouble with Shakespearean histories: I can’t seem to just accept that the character is simply what is being shown to me and nothing more, due to the fact that these were real people in real conflicts, not just some characters following a reused plot with masterfully new language.

In the end, I feel like reading Richard II is a great way to make personal interpretations as to what people’s feelings are of the King based on what they say, rather than what an actor has individually interpreted. That being said, however, the history itself is much easier to understand, and far less tedious to work through when you watch a stage or screen production of the drama. And trust me when I say that Ben Whishaw’s interpretation of Richard as an overly dramatic little shit is absolutely delightful. But is it accurate? Who is to say? I do find Shakespearean histories to be a bit tedious (Julius Caesar being the exception, but has a weird little place in my heart), and Richard II was no exception. I do feel like I need to stop being so harsh on good olde’ William though… 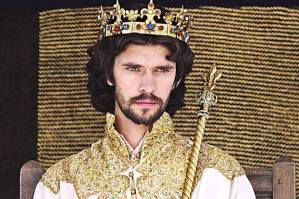 (This review can also be found on my petty little blog.)