Catching up on reviews again! Below are the links to reviews #39 through #43.

The first in the Narnia series, the world-building prequel that sets the stage for The Lion, the Witch and the Wardrobe and the rest of the books.

The disturbing story of Celeste, a young and beautiful schoolteacher who is–just below the surface–a sociopath and pedophile obsessed with prepubescent boys.

A look into the bizarre, beautiful world of orchids, and the people who love them.

The second book in the Jackson Brodie series.

A collection of interconnected short stories dealing with love and loss in the life of Yunior, a young Hispanic man. 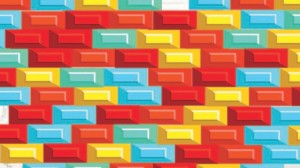 Introducing a likely contender for my year-end worst-of, This is How You Lose Her by Junot Diaz. As a fellow Cannonball Reader pointed out, things had taken a downturn for me prior to this, with three 1s in a row, and along comes Diaz to place some extra-added emphasis on that fact.

Whether it be a film, television show, or book, it’s not often that my hate alone is enough to sustain me. Which is to say, I’m generally not one for a hate-watch or, in this case, hate-read. Although, on occasion, my combined rage and disbelief are enough to fuel me the entire way. This was one of those instances.

Going based off the title, my expectations were merely for your conventional breakup story; instead, I got one populated by cheating, sex-obsessed men who treat woman as disposable, interchangeable objects. This is How You Lose Her, Diaz. On that much, you are correct.

Unless you’re dating a woman with no self-respect, she’s not about to put up with you sleeping around on her, then having the gall to make yourself out to be a good guy still (as happens in the opening bit). Furthermore, you deserve to lose her.

Some people aren’t programmed to be monogamous, to marry, or, taking a step further, to love at all. Ben Folds has renounced the institution of marriage, saying it’s not for him, as his numerous failed marriages go to show, and the men in these pages should do the same, only exchange “marriage” with “women.”

Because it’s not just their infidelities that make them unfit partners, but their overall personality. Some of them have such a skewed perception of self (i.e., the aforementioned “good guy”) that I wouldn’t hesitate to request they put themselves in therapy. And all of them have a twisted sense of what is right and wrong, and of the world as a whole.

There’s not even a single redemptive factor in these men’s favor. Together, they further the inaccurate perception of men as uncaring, sexist womanizers, and the perception that woman are nothing but a moist place to stick your member.* I’m not arguing that this is Diaz’s intent, but it is an incidental byproduct of writing a story such as this.

Neither am I saying his characters must be bastions of feminism, or even likable. My issue is that they’re so thoroughly unlikable, and the story is so thoroughly them, that it left me no fertile ground in which to root myself in this story. The characters, narration, plot, etc. all offended me on some level as a man and a member of the human race.

The resulting effect of This is How You Lose Her is Diaz lost me as a reader. I don’t intend to say I won’t read another of his books, since I had actually checked out The Brief Wondrous Life of Oscar Wao prior to this, and still need to read it. But it does for him what My Winnipeg did for its director, Guy Maddin. It made it impossible for me not to, from here on in, expect the worst.

We’ll see, but before I read it I’ll exhaust all my other remaining options (The Miseducation of Cameron Post, A Dirty Job, The Green Mile). And if it turns out to be more of the same, well then I’ll be as predisposed to avoid Diaz from here on in as I am Maddin.
*”Moist” and “member” are both words friends of mine object to, so I couldn’t resist working the two of them into the same sentence.

This review should be much easier to write than my last for one simple reason: I hated this book. Absolutely loathed it.  First, let’s deal with the plot (or should I say “plot”). Also, please be warned that I’m about to curse a lot, because seriously fuck this book.

This is How You Lose Her is a collection of short stories revolving around Yunior (except, inexplicably, one story involving a woman named Yasmeen who has absolutely no connection to any other character). Yunior is a young Dominican man living in New York City and he opens by defensively telling us he’s really not a bad guy, he’s just misunderstood.  The stories that follow revolve around the relationships he has with the women in his life, which seem to be mostly negative.  There isn’t a woman he dates that Yunior doesn’t cheat on, sometimes spectacularly – he cheats on one girlfriend with 50 girls, and yet he insists that he’s a decent guy. Basically what I gathered is that this book is about what a dick Yunior is, and how in denial he is about that fact that he is a total dick.

I know a lot of people love this one, and it won the Pulitzer (which is becoming increasingly meaningless to me as I hated the last Pulitzer winner I read, too. I’m looking at you A Visit from the Goon Squad), but hear me out. People read books for many reasons, and my primary reason is escapism. This takes many forms for me and I enjoy a variety of different genres, settings, and characters but one thing that I absolutely need is a character to sympathize with or root for.  I work in a field that deals with the particularly nasty side of humanity and if I want to see assholes being assholes, all I have to do is go to work, I don’t need it in my literature.  It’s the reason I can’t stand stupid Holden Caulfield and his privileged whining, and it’s the reason I hated this book.  Yunior is a little shit, selfish and manipulative and needy, constantly causing hurt to those around him.  If there were a side character to mitigate his behavior I might have enjoyed it more, but the women in this book are laughably one dimensional and the other guys we are introduced to are at least on the same level as Yunior with their ass-hattery, sometimes even beyond him.  This book also follows Yunior a bit later into his life, in his 30s and 40s and guess what? Dude still hasn’t learned his damn lesson and then whines because he’s lonely and unsuccessful. WHOSE FAULT IS THAT, YUNIOR? I just can’t with him.

I could say more, but it’s probably best for my sanity and blood pressure if I stop my ranting there. If I could negatively star this book, I totally would.