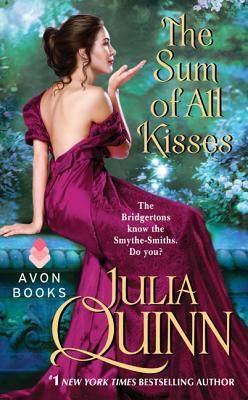 Having drunkenly challenged his friend Daniel Smythe-Smith to a duel after a round of cards, Hugh Prentice ends up shot in the leg, and crippled for life. He’s lucky enough to recover enough that he can walk, but has to use a cane, and will never be able-bodied again. After several years of Daniel Smythe-Smith being on the run from assassins hired by Hugh’s father, Hugh has had more than enough of the whole business and tells his father that if anything untoward happens to Daniel, Hugh will kill himself. As his father seems to count on Hugh to marry and provide an heir, he calls off his hired killers, and Daniel can return safely to England, which he does and promptly falls in love with his sisters’ governess, in A Night Like This.

Daniel and Hugh forgive each other, but Hugh has never been able to forgive himself. The only person who hates Hugh more than he does himself, is probably Lady Sarah Pleinsworth, who feels that he destroyed not only Daniel’s life with the disastrous duel, but ruined her chances at an advantageous marriage. Sarah was supposed to have her debut along with Daniel’s sister, Lady Honoria, when Daniel had to flee the country. The scandal meant they had to wait, and Sarah is convinced that one of the fourteen eligible gentlemen who proposed to someone else during that season could now have been her husband. So when Lady Honoria is getting married to Marcus Holroyd (see Just Like Heaven), and Sarah is asked to not only sit next to Hugh, but take special care of him, and make him feel like a welcome guest during the wedding festivities, she’s not exactly thrilled.