Rachel Samstat is a chef who’s been on TV, and a bemused but witty heroine/narrator. She finds out that her husband is having an affair…and she happens to be pregnant. From these simple beginnings emerges a frothy but sharp lemon cheesecake of a novel–light and creamy on top, infused with tartness, and grounded in the buttery biscuits of warmth and insight which evoked in me nods, smiles and sighs of recognition.

In Heartburn, divorce doesn’t lead to self-conscious self-discovery and life-changing experiences Eat Pray Love-style, or graphic sexual odyssey à la Fear of Flying. It’s a quieter, more humorous take on the muddles that people get themselves into, and the ways in which they survive heartbreak and separation. The book is set among the upper-middle-class, if such a designation is appropriate for American literature set in artistic New York and the political circles of Washington, but the emotional resonance of the novel, the pain and confusion of adultery and divorce and the split-second moments of clarity, as well as its commentary on the behaviour of the entitled male, is amusing and perhaps, to some extent, universal.

I’d recommend it if you like Julie and Julia (the book or the film), or Sex and the City (the series, not the films *brrr*). It’s a niche sort of book–less saccharine than some of the films she was involved in–the most acerbic bits and crackle from When Harry Met Sally come closest to the tone. Heartburn gains added interest because it was based on her second marriage and the fallout that followed, and it also contains recipes which look rather tasty.

(Note: I read this a while ago, so the details are a bit skimpy – do check out this great review of Heartburn by Loulamac.) 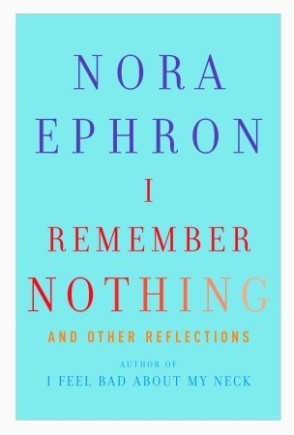 Nora Ephron’s follow up to I Feel Bad About My Neck is not quite as funny, but still a cute little memoir. I Feel Bad About My Neck seemed more personal, containing information about Ephron’s divorces and career. I Remember Nothing feels superficial in comparison, more of a list of observations about ageing — at least one mention of a “senior moment” than anything really revealing about her life.

Still, it is full of Nora Ephron’s writing, so it’s still enjoyable. She’s always sharp and witty. I loved this: “A while back, my friend Graydon Carter mentioned that he was opening a restaurant in New York. I cautioned him against this, because it’s my theory that owning a restaurant is the kind of universal fantasy everyone ought to grow out of, sooner rather than later, or else you will be stuck with the restaurant. There are many problems that come with owning a restaurant, not the least of which is that you have to eat there all the time. Giving up the fantasy that you want to own a restaurant is probably the last Piaget stage.”

In fact, if I’d read it first, I probably would have liked it more than I did. It just seems like maybe the first memoir was a success, so this one was quickly thrown together and published as well.

Side note: knowing that she is no longer with us did make some parts kind of sad. For instance, “You are suddenly in a lottery, the ultimate game of chance, and someday your luck will run out. Everybody dies. There’s nothing you can do about it. Whether or not you eat six almonds a day. Whether or not you believe in God.” Tear. 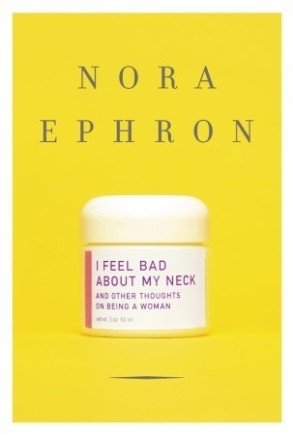 “There is something called the rapture of the deep, and it refers to what happens when a deep-sea diver spends too much time at the bottom of the ocean and can’t tell which way is up. When he surfaces, he’s liable to have a condition called the bends, where the body can’t adapt to the oxygen levels in the atmosphere. All of this happens to me when I surface from a great book.”

Nora Ephron was a talented lady. This book is laugh out loud funny, and even as I read it I wanted to share it with my mom because I knew she would like it, too.

Ephron talks to us about the ageing process, about her divorces from husbands and apartments, about her relationship with her kids (“When your children are teenagers, it’s important to have a dog so that someone in the house is happy to see you”) and about her love of books. I loved reading about how much she loves to read. It encapsulated my feelings about books perfectly.

Ephron’s wit and way with words make this a quick and enjoyable read. And it’s full of great advice (“Oh, how I regret not having worn a bikini for the entire year I was twenty-six. If anyone young is reading this, go, right this minute, put on a bikini, and don’t take it off until you’re thirty-four”) for women of all ages.

I met my CBR5 goal!!!!! I’ve participated in three Cannonball reads so far, and this is the first one where I’ve actually been able to read 52 books. I’m so excited!

Book #52 was Crazy Salad, by the great Nora Ephron. It’s a compilation of pieces written by Ephron for Esquire magazine in the 1970s, all of them dealing with, in one way or another, women. Ephron was an outspoken feminist with a wicked sense of humor, and so most of these columns are as entertaining as they are informative. She covers a huge range of topics, from Linda Lovelace and Deepthroat to the Pillsbury Bake-Off to meditations on breasts to reflections on the women associated with Nixon and the Watergate scandal (and many, many other things). Some of the pieces are more traditionally journalistic and others are just variations on the personal essay, and this variety just serves to highlight Ephron’s skill as a writer.

Read the rest of my review here. 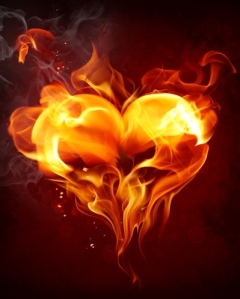 ‘And what is all this about picking, anyway? Who’s picking? When I was in college, I had a list of what I wanted in a husband. A long list. I wanted a registered Democrat, a bridge player, a linguist with particular fluency in French, a subscriber to The New Republic, a tennis player. I wanted a man who wasn’t bald, who wasn’t fat, who wasn’t covered with too much body hair. I wanted a man with long legs and a small ass and laugh wrinkles around the eyes. Then I grew up and settled for a low-grade lunatic who kept hamsters.’

How can I have lived so many years on this earth and not read any Nora Ephron before? How? I LOVED this book. It’ll make you laugh, and make you stare into the middle distance as you remember a time your heart was broken. It’ll also make you want to make bacon hash and sour cream peach pie.

As I’m sure everyone knows, Heartburn is a novel about the collapse of a marriage. In fact, it’s a very funny novel about the collapse of a marriage. Ephron wrote it after the end of her marriage to Carl Bernstein, and it is often called ‘thinly veiled’ autobiography (as Ephron points out in the forward written not long before her death, nobody ever uses the ‘thinly veiled’ snipe with male writers).

Rachel Samstat is a Jewish cookery writer. She’s a few years into her second marriage, and heavily pregnant with the second child of said union, when she finds out that her husband is cheating on her. Not only cheating, he is in love with a very tall, very thin woman who is part of their Washington DC social circle. They are looking at houses together. Rachel’s reactions to this bombshell, which include fleeing to her father’s New York apartment; lots of comfort eating; going back into group therapy; going into labour early; spreading the rumour that the mistress has herpes; and trying to patch things back together before cutting her losses, veer from the rational to the bonkers, but all of them are understandable. She’s in a lot of pain, is very angry, and doesn’t attempt to hide it.

This is where the genius of this book lies. Ephron pulls no punches at all, and while the book is for the most part very funny, it’s also brutal in its depiction of how you feel when the rug is pulled out from under you:

‘The infidelity itself is small potatoes compared to the low-level brain damage that results when a whole chunk of your life turns out to have been completely different from what you thought it was.’

I found myself laughing out loud, wincing, reading sections to my patient husband, and underlining whole paragraphs every few pages. It really is absolute genius. I will be reading everything by her I can get my hands on, and might even watch When Harry Met Sally again. Nora Ephron. What a woman.

If you love Nora Ephron, for her movies, or her advice, or her everything, you will love this book. Ephron was a wildly successful writer and director. And her personal life was fascinating as well – married to Bernstein, writing Heartburn about the dissolution of her marriage, and finding stability and an actual partner in her subsequent person.

The book is a series of short stories. They are odes to the things that Eprhon, 65 at the time she authored the book, loves, hates, and wonders about. Much of the book is very focused on New York, as Eprhon lived there most of her life, in an apartment she was deeply attached to, fostering her intense New Yorkness. New York seemed as much of a presence in her life as most of her friends, and lovers, and family, and I always find it fascinating when “place” overtakes “people” in terms of priority in someone’s live.

I Feel Bad About My Neck by Nora Ephron

Sometimes I think that not having to worry about your hair anymore is the secret upside of death.

Not a bad book, but a much better choice for a different demographic than my own.