Alfred and Emily were Doris Lessing’s mum and dad, and like many of their generation, both were badly affected by the First World War. Alfred was injured by shrapnel, and lost his leg above the knee. For the rest of his life he refused to accept the limitations of his disability, and tried to live as an active, physical man. He was dead in his early 60s, his heart giving out after many years of battling diabetes. During the war, Emily was a well-respected nurse, tending to the broken young men coming back from Europe. What they saw and suffered during their wartime experiences hung over both of them for the rest of their lives.

Alfred & Emily is one of Lessing’s last books, and she is in contemplative mood. The book is split into two halves, with the first telling their alternative story. In it, they meet as young adults and become friends. The Great War doesn’t break out, they marry other people, and tread very different paths. Lessing’s memories of her parents become fantasies, with him a prosperous farmer and her a rich man’s widow who captivates children with her stories of the exploits of mice and uses her influence to open charity schools.

The second half shares anecdotes from their real existence. Although the war has shattered them, they are married with two children. Ex-pat life in Rhodesia is tough. Without advice or experience, they select land and build a house without shelter and far from water. Their dreams of a glamorous ex-pat lifestyle are shattered, and the evening dresses and cricket whites they packed expecting Kenya’s ‘Happy Valley’ moulder in their trunks. This is a life from which Doris and her brother escape as quickly as they can, although of course they never really leave it behind.

This approach is a really interesting idea, but it doesn’t quite come off. The writing style of each half is very different, but neither is satisfactory. It’s hard to explain, but I was left wishing there was more for me to sink my teeth into. The first part fails to create a convincing England in an alternative reality where a whole generation of men wasn’t decimated by the First World War. The second is a jumbled mix of events that just about hang together, but barely. Buried in there are Lessing’s musings on grief, disappointment, and children bearing the sorrows of their parents, which are as acute and raw as you would expect of her. But overall it saddens me to say that the book is patchy and disappointing. 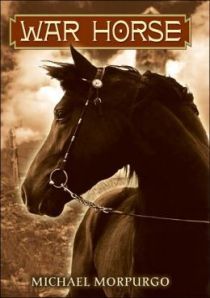 Having seen it on film and on stage, it really felt necessary to read the novel that led to them. And I am so glad I did. An absolute beauty of a book. The full review is here.