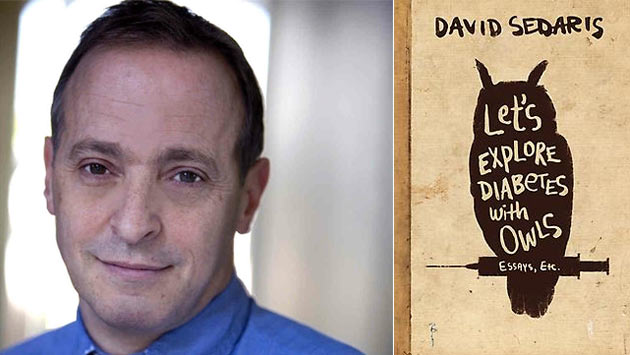 If you have never read any David Sedaris I urge you to go out and get a copy of Naked or Me Talk Pretty One Day immediately. Better yet, get the audio versions, as that’s how I consumed his most recent book of stories and essays, Let’s Explore Diabetes with Owls. Listening to the audio version, read by David Sedaris himself, adds even more humor to his already funny writing. This particular book featured some true stories and a few fiction. I personally have never liked his fiction as much as the true accounts of his family, his friends and his everyday life. He has a knack for taking something as mundane as standing in line at the airport and spinning it into a hilarious story about how judgmental we all are as human beings.

This book, though not my favorite of his (mainly due to the fiction pieces at the end), did not disappoint. My favorite stories were “Dentists Without Borders” and “The Happy Place.” The first discussing his obsession with going to the dentist, particularly his French dentist. The second, a hilarious account of his first colonoscopy after being urged by his father to get one for years and finally giving in after his sister tells him how much she enjoyed her own. Seriously, it’s not to be missed. The title track is also fantastic, going from purchasing a gift for his partner, to how people collect things, to a bit of information about taxidermy you never thought you wanted to know in one story.

I can’t plug David Sedaris enough as an author and a performer so I’ll end by saying, read him, listen to him, and go watch him speak. You won’t be disappointed.