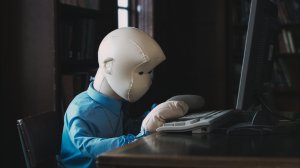 At the start of the year, I never would’ve guessed that I’d be wrapping up a full Cannonball, 52 books read and reviewed, just less than halfway through the year, let alone that I’d be fourth to do it. Maybe next year I can grab a medal position; I might have this year if not for allowing myself to get distracted with other mediums, film and television mainly, and going through periods where I was lucky to find a book I could stand to make it the entire way through. I’ve stalled on probably around a dozen books or so, ranging from Stephen King’s Under the Dome to Terry Pratchett’s Making Money, and it wouldn’t be right to review a book, or say I’ve read it, unless I make it all the way to the end.

Joe Hill made that mighty challenging with 20th Century Ghosts, hand-picked by me to close this out. This story ends where it began, with Hill, whose Heart-Shaped Box marked my first review of the year. My logic back then was why not start with a novel by the son of my favorite author, Stephen King? Because, as I would find out, he mirrors his father right down to his failings, most notably King’s inability to craft a suitable and satisfying ending for his stories. Now with 20th Century Ghosts, I find he’s just as un-engaging when he’s off his game as daddy.

Initially, I gave thought to reviewing this collection one short story at a time, but there are 16 total, and… well…