I, your heiress
You, my slave
You, my god

You came from Paradise
and so did I

My cheating lover
A number, a zero-sum

As to be expected in a book of poetry about war, most of the poems are heartbreaking, lonely, melancholy. But they are exquisitely beautiful, and each word feels so perfectly chosen in Arabic and in English, that I couldn’t stop reading. For an extremely well written analysis of Al-Jubouri’s poetry, one that I feel adds so much that I want to say, this article has some excellent insights. This is a book I want to dwell on, and one I’ve recommended to several friends. To read the rest of my review, look here.

Shereen el Feki is an investigative journalist and academic who has done some excellent research and writing on the sexual practices of women and men throughout the Arab and Muslim world. She mostly focuses on Egypt, with forays into Morocco, Tunisia, the Gulf, and the Levant, but her strengths lie in writing on Egyptian sexuality. She does so fearlessly, with respect and knowledge of the cultural context, but with the drive and determination that comes from her status as an outsider/insider (she is half Welsh, half Egyptian).

El Feki’s writing has been featured in many places, but you can get a preview of her work on Muftah, and in an interview featured on NPR earlier in the year. Those pieces are pretty indicative of her work. If you’re intrigued, engrossed, or want to learn more, you should absolutely read this book. For more of my review, look here.

In the past 12 years, much of the news, foreign policy, and many of the personal and professional choices I have made have been influenced in some way by the events of September 11th. For many people the effects were greater, more personal and much more devastating. The events of that day have made a huge mark on the US and its citizens, and for me, it was important to read more, know more, better understand the things that went on, and brought us here. I think that the sprawling history of The Looming Tower is important for Americans to know. I don’t know if everyone should read it, or if they’ll have the patience to read the entire book – to know the multitude of characters, to flip back and forth between stories, but I think it’s worth it.

To read the rest of my review, go to my blog.

The Burka Avenger – a new cartoon from Pakistan.

Islamic feminism is a pretty loaded term. Whatever your opinion on the matter, it’s a topic that has drawn a lot of criticism from many angles: conservative, liberal, religious, secular, communist, Marxist, and the like. Fernea’s book investigates the concept of Islamic feminism throughout several countries in the Arab and Islamic world. Fernea was a filmmaker and ethnographer who studied the lives of women in the Middle East and North Africa. This book comes after many years spent living and working in the region, and in a narrative fashion, Fernea explores different ideas about women.

Each chapter focuses on a different country and tells a completely different story. Fernea has many contacts in each location, and is taken around by women and men who wish to share their ideas of women’s roles in their country. At the time of research, Fernea was well into her 60s, I believe, and this perspective is evident in the writing and questions she asks. The book is set up to dispel stereotypes of Muslim women and is written for a mainly uninformed audience, despite Fernea’s academic background. Fernea inserts herself into the dialogue, into the stories, sharing her stream of consciousness, the details of each meal she eats with interviewees and the like. Although I understand her goal of writing a more accessible, conversational book on the topic of women’s roles in the Middle East, it frequently comes off as overplayed, and the stream of consciousness writing serves to undermine her credentials.

To read the rest of the review, check out my blog. 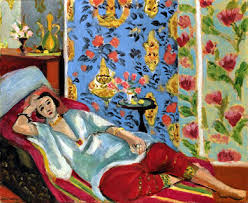 Fatima Mernissi is one of the most widely known and well respected women writing about Morocco today. She was a pioneer in the field of women’s sociological writing in the Middle East and she broke many stereotypes of Moroccan women.

Mernissi grew up in Fez in the 1940s and 50s, a completely different time. Women’s rights movements in Morocco were just beginning, and Morocco was still under French occupation. Women, especially upper class women, were expected to remain in the home – it was unseemly and below their status to leave the house. For these women, they lived in what Mernissi calls a harem, but what most would now call a large riad. These riads usually housed many branches of the same family – cousins, uncles, aunts, grandparents, and each part of the family occupied a different area of the home, depending on status within the family and other internal politics.

Check out the rest of my review on my blog.

Everyone should read this book. Instead of handing your parents another dull memoir of ‘traveling in the Middle East’ which Orientalizes and exoticizes the region, give them Baghdad Without a Map. It’s entertaining, thought provoking, informed, self-aware, and by far one of the best (entertaining-style) books I’ve read on the region. For a few rambling thoughts, check out my blog – but really, just go read the book.

This collection of essays from John Berger subtitled, ‘Dispatches on Survival and Resistance’, mostly focuses on the Israeli/Palestinian conflict, the war on terror, and other recent acts of violence and destruction, like Hurricane Katrina. Berger is often described as a cultural theorist, and I previously read his book Ways of Seeing in a college course – we used Berger’s description of women as objects and the ‘internalization of the patriarchal male gaze’ as a framework for reading Flaubert and looking at 19th century French painting. On the whole, Berger’s writing is a lot like that – you have to be in the right frame of mind to take him seriously, and he packs a lot of thought into each sentence.

I read this on the beach, which I wouldn’t quite recommend. Berger is not light summer reading, but it is good for reading in short spurts. Each chapter is a different short essay, written at a different time and place, and the topic usually changes from chapter to chapter.

I couldn’t help but read this in light of the uprisings in the Middle East and North Africa which have taken a new turn in Egypt in the past few days. If you want to hear more about that, and find out why I still gave this book four stars, even though I only liked five of the sixteen essays, check out the rest on my blog!

With Anthony Bourdain’s writing, I always hear his voice in my head reading aloud with me. As a writer and a public figure, he has such a clear identifying voice which comes through, even when reading his words on a page. Bourdain writes like he talks – forcefully, descriptively and without pretension. If you have enjoyed his TV shows, appearances on Top Chef or his previous written work, you’ll feel the same way about Medium Raw. I loved it. But if you don’t like what you’ve seen before – as many cannonballers have previously said with comedians’ books – this one isn’t for you.

Check out the rest of my review here!

At this point, I read this book about 2 months ago. I’ve been putting off the review – for no particular reason at all but general busywork. I absolutely loved it The Art of Fielding. I thought it was a fantastic novel. Even if you have no interest in baseball whatsoever, it’s still a great novel. I was just skimming through HelloKatieO’s review from last year, and I think she summed it up well – it’s similar to The Marriage Plot (which I read last year) and Jonathan Lethem’s Chronic City (although I think that might be better) and she also compared it to Jennifer Egan’s A Visit to the Goon Squad.  They fall in this realm of (very) good literature that offers a critique of American culture, has beautiful prose, flawed/tragic characters and for me at least, I absorb the books in sort of a dream-like state.

Throughout the book, Harbach uses baseball as a metaphor, but also as the ‘show’ part of ‘show and tell’ for Henry, his friends, his life, and the mental state of characters. The way Harbach describes baseball perfectly captures the grace and agility that makes it such an interesting (or if it’s not your thing, boring) sport to watch. The ways in which characters quietly strive for perfection, on and off the baseball field, are all united in their team’s struggle to become viable champions. Henry is originally recruited by Mike, a senior player on the team, and struggles to bulk up, to prove his worth to the team, but eventually becomes the leader, the bellwether of the team’s strength and capabilities. I’m not quite sure how to talk more about the book without summarizing the plot – but that’s not to say that it’s not worth enjoying, or that there aren’t deeper themes running through.