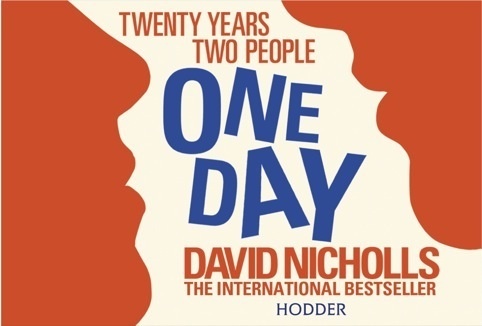 Fitting that one day before day one of the new year, it’s a book called One Day that I’m reviewing. Not so fitting is how long it took me to read it; I’ll give you a clue, it wasn’t one day. No, I was off and on with this one, taking repeated breathers with other books. You could say I’m starting to become a bit ADD in my reading habits. I’ll have a half dozen books already checked out, and due soon, yet then they’ll get another book in for me which’ll be given priority, and then yet another will follow suit, and before you know it I still have a half dozen books left and not nearly enough time to read them, making me have to renew them all. After that, this whole process may or may not happen all over again. Sometimes, I never do finish the other book(s); Different Seasons still remains only partially completed on my shelf, one of the few remaining books I own yet haven’t completed.

Luckily, the delays I subjected One Day to weren’t so bad; there’ve been books I waited so long before getting back to that I had to start all over again, but I had no such difficulties with One Day, owing in part to having seen the stellar (in my opinion and seemingly no one else’s) film adaptation, one of only four (or is it five? I’d have to go back and check to be sure) movies to ever make me cry. The book had nowhere near that affect on me, which might have a lot to do with the timing; I watched the movie not long after a rough breakup, whereas the book didn’t have that working in its favor, adding more weight to the emotional punches it certainly doesn’t pull. As with many others this year, I’ll have to rewatch the movie to see whether it’s a matter of shifting tastes or something else altogether.

That being said, I’d like to say my preferring the movie by a wide margin is a result of it feeling like a scrapbook come to life, and the book seeming to dwell more on the moments, not so much an issue with the good, but bothersome during the bad; neither is particularly long, but the book feels noticeably longer. This is all rather vague, I know, but it’s all I have for you, since I’m going to have to cheat yet again and say I’ll just need to revisit this once I give the movie another go.