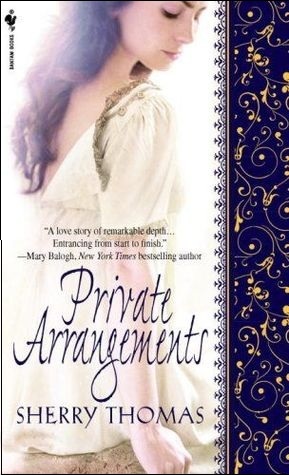 Lord and Lady Tremaine have the ideal marriage, according to society. Having lived apart, on separate continents, for the the last decade since their wedding, they are nonetheless all that is elegant and courteous in relation to each other. Until Lady Tremaine shocks everyone, not least her own husband, by asking for a divorce, so she can marry someone else.

Philippa “Gigi” Rowland was the wealthy only child of an industrialist, with a deeply ambitious mother determined that her only daughter end up a duchess. When Gigi’s noble, yet penniless fiancee (a duke) dies two weeks before the wedding, all their dreams seem crushed, as the duke’s handsome cousin, now a marquess (his father inherits the dukedom) is promised to another. Gigi still refuses give up on Camden Saybrook, manipulating and scheming to get him to marry her. Her plots are revealed the day after their wedding, and Cameron, who’d been a very happy bridegroom, leaves her in disgust.