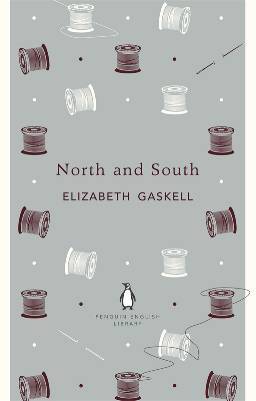 Young Margaret Hale’s life is turned on its head when her father, a parson from the South of England, renounces his position because he experiences a crisis of faith. He moves his anxious wife and dutiful daughter to the factory town of Milton Northern, where he’s going to work as a tutor. The town, a bustling result of the Industrial Revolution, is full of cotton mills, soot and smoke, a stark contrast to the pastoral idyll of the Southern English countryside. With the loss of Mr. Hale’s living, the family is in severely reduced financial circumstances, (not helped by the fact that they keep sending money to Margaret’s brother who is wanted for mutiny in England, and as a result living in exile in Spain) and can’t really afford more than a modest lifestyle. Margaret bravely adapts fairly quickly, but her mother never feels happy or comfortable in Milton and her health gradually deteriorates.

In Milton, the main social interaction the Hales have is with Mr. John Thornton, a mill owner who leases from Mr. Hale’s best friend, Mr. Bell (Margaret’s godfather). Thornton’s father drove his family into debt and further caused scandal when he committed suicide. Thornton had to quit school, and take a position as a shop clerk to support his sister and widowed mother. Putting aside most of what he earned, he slowly and quietly worked to repay all his father’s debts and became a respected and formidable man in Milton. His mother is a proud and arrogant woman who loves her son fiercely, constantly worried some fortune-hunting young miss will get her claws into him.