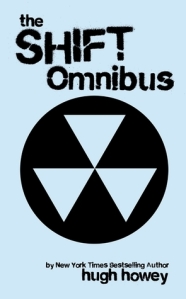 Wool is one of my favorite books that I’ve read so far this year. Shift is a prequel of sorts to Wool that explains why people were living in underground silos with almost no knowledge about the world outside. It’s hard to explain too much about it without giving too much away, but the book starts before the silos were even built. A politician with an architect background is commissioned to work on a top secret project and from there the story switches back and forth between his life before the silos and his life afterwards. Because of deep freezing technology, we can follow the same people over hundreds of years. Simply put them in deep freeze and wake them up a century later! I have to say, that is a pretty interesting way to move the story forward to the far future without having to introduce totally new characters.