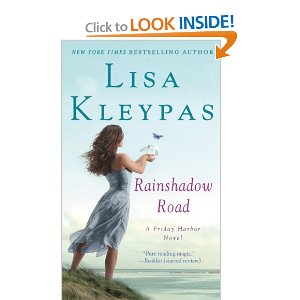 When Lucy, a glass artist, is dumped by her boyfriend Kevin in favor of her younger sister Alice, she winds up meeting Sam, the local vineyard farmer. Sam’s everything Kevin isn’t: mainly not a jackass. At least, not for a while. Sam’s commitment-phobic, of course, but this doesn’t appear to bother Lucy, and they form a tenuous friendship. But then Lucy is struck by a car and left with a broken leg, and no choice but to recuperate temporarily in Sam’s home. Sam is reluctant but, ever the good guy, he takes her in. Of course, they tumble in to bed, and begin a sex without strings relationship.

Over time, though, they both start to fall for one another, until Lucy realizes that she has to leave him. Other complications arise: Kevin (the former boyfriend) appears to Lucy and declares his love for her on the eve of his wedding to her sister Alice, Lucy is offered an artist-in-residence year in New York, and Sam winds up falling asleep in Lucy’s bed, a crisis which appears to be as big as the whole Kevin-doesn’t-love-Alice thing.

Add in to all of this the fact that Lucy evidently can turn glass in to fireflies and Sam can apparently make plants perk up with a wave of his hand, and you’ve got a normal little romance novel.