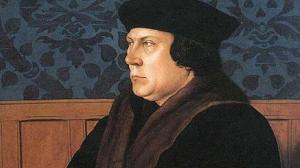 Anne Boleyn. What a woman. For love of her, the King of England transformed his country’s religion, broke with Rome, risked war with the rest of Europe and threw over his wife of 24 years. She was well educated, opinionated and feisty in a time when women were expected to be seen and not heard. She also had incredible sexual charisma, despite not being considered a beauty by the standards of the time. For these, and many other reasons, I consider her a feminist icon, and have always been saddened by the way in which she was cast aside, and her ultimate fate. So, given how much I LOVED Mantel’s French Revolution epic A Place of Greater Safety, I was beside myself when Wolf Hall was published.

Bring up the Bodies picks up right where Wolf Hall left off. Henry VIII and Anne are married, the future Queen Elizabeth I is a babe in arms, and as yet there’s no sign of the much-wanted son and heir. Already our hero (and I use the term loosely) Thomas Cromwell has seen the writing on the wall. Anne is losing her grip on Henry, whose head has been turned by the mousey (and seemingly more pliable) Jane Seymour. When Anne miscarries a male child, her time on the throne is up. As he did for the disposal of Catherine of Aragon, the King turns to Thomas Cromwell to aid him as he sheds another wife. And Cromwell knows better than to stand in his way. Anne and her family are on quicksand, and the book charts the alarming speed with which allegiances shift and reputations are destroyed as Cromwell goes about his grim work.

I feel a bit bashful writing a review of this book, as if I’m not worthy. Should a mere mortal like me be allowed to add my tiny bit of approval to the mountains of praise heaped on Hilary Mantel? Bring up the Bodies and its predecessor Wolf Hall deserve all the acclaim and awards they’ve received. The writing is spare and powerful, creating a world that is threatening and treacherous. Cromwell manipulates and navigates his way through a Tudor England that is populated by self-serving, back-stabbing, avaricious sharks. Cromwell himself is hardly shiny-white, but Mantel’s presentation of him is so compelling it hardly matters. Even though we all know what happened to Anne, Jane, Cromwell and the rest, I was anxious and on the edge of my seat all the way through. The description of the trials and executions of Anne and her brothers are terrifying, as the realisation dawns on them that the truth matters little now they are caught up in the inexorable machine of crown, church and state.

I can’t wait for the next one.