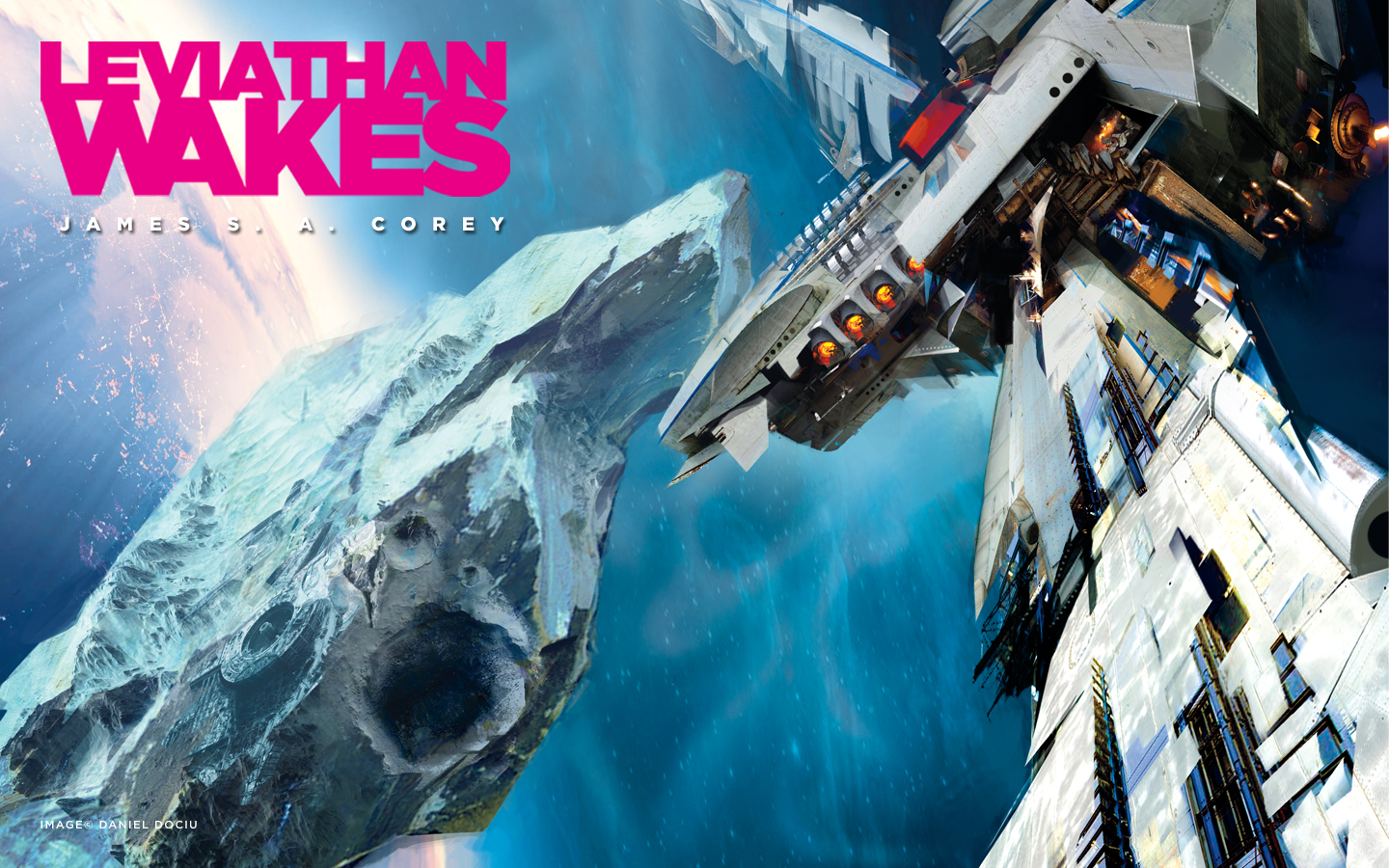 The first book of “The Expanse” Series,  Leviathan Wakes by James S. A. Corey is a scifi/space opera story set in the period after mankind takes to the solar system but before it spreads out to the stars beyond our own. The book’s two protagonists, Holden and Miller, come from this in-between version of mankind: spectacularly advanced but also wholly recognizable.

In the solar system of Leviathan Wakes has been colonized by billions, political power is spread unevenly between Earth, Mars, and the far-flung colonies of the Asteroid Belt and outer planetary moons. Though each party has their own needs and wants, they remain more or less interdependent and antagonistic. When Holden’s motley crew of ice miners stumble into a mysterious derelict ship, the chain reaction threatens the entire balance of the system.

Meanwhile, on Ceres Station, one of the most populated dots in the Asteroid Belt, Detective Miller is assigned a kidnap job–track down the missing daughter of some Luna-based bigwigs. Miller’s search leads him to where his bosses would rather he didn’t go, and eventually across Holden’s path. Together they try to avert a war, or something much, much worse.

Leviathan Wakes reads like a summer blockbuster. It’s quick-witted and perfectly paced, and the sci-fi elements strike the perfect balance between fantastical as hell, and hard enough to make sense and stay out of the way. The book is also occasionally terrifying. Not just thematically, but in specifically describing scenes and events that you’ll have trouble shaking.

Pick it up for the thrills, stay for the incredible world building, the humor, and the insanely fun (and just plain insane) rabbit hole mystery. I’ve been lagging far, far behind on my CBR-ing lately, but pretty much from the time this book came into my possession until the time that I finished it I could. not. put. it. down. Definitely check it out.