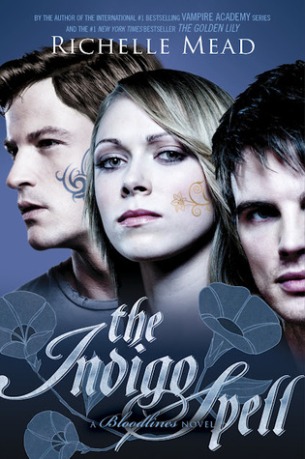 I’ve been reading this series (this book being the third installment) due to my fondness for Mead’s series this was spun off of, the Vampire Academy books. These books follow Sydney Sage, an Alchemist who helps keep the existence of vampires secret from the human world, and deals with cleaning up any situations caused by the vampires.

The first book, Bloodlines, didn’t have me reeled in at first, especially with Sydney being so different from kick-ass Rose. However, the second installment, The Golden Lily, improved upon the first greatly, and this book has finally pulled me in, full tilt. I won’t get into the plot too much, so as not to spoil the previous books, but Sydney has started to question the motivations of the organization she works for, and is torn between loyalty and duty versus doing what is right. She sets out to find out more about an Alchemist named Marcus who broke out of his role as an Alchemist. In addition to this, Sydney has been dabbling in learning magic with her teacher Ms. Terwilliger and now Ms. Terwilliger has tasked her with a big task: helping to track down and stop a witch that is killing young girls to keep her own youth.  Add this to her regular duties of keep Jill, the princess’s sister safe, and a complicated love life, and she has a lot to contend with.

Mead always has a lot of action going on in her books and she has really ramped it up from the first two books here, and I have to say I like it. I like it a lot. This series also carried over my favorite character, Adrian, from the Vampire Academy series and he is delightfully front and center in this book as well. I won’t say much more – if you have read Mead’s other books or need a fun, slightly soap opera-y series, this isn’t a bad way to spend your time. Not bad at all.

5 thoughts on “Even Stevens #CBR5 review #11: The Indigo Spell by Richelle Mead”